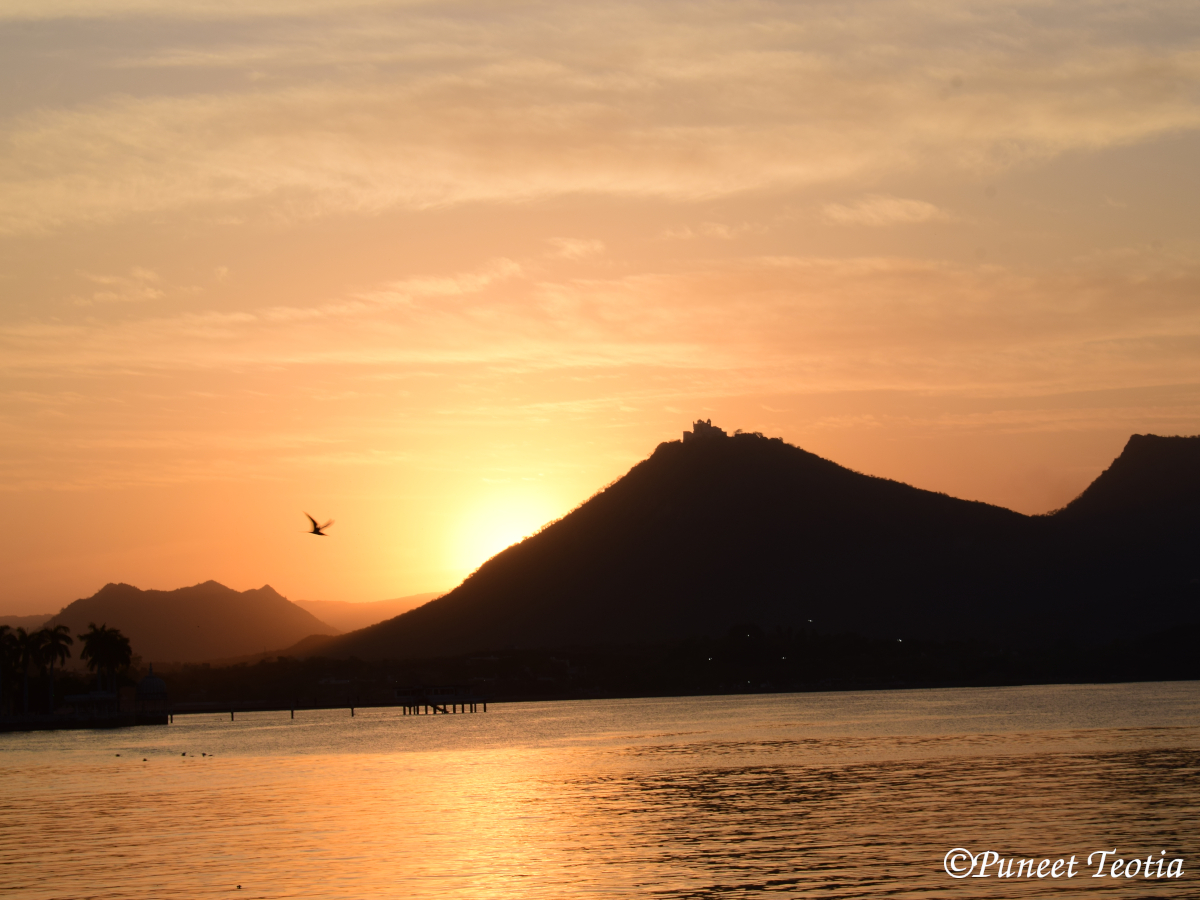 Travelling is the only thing that gives you a break from your regular routine and provides a chance to increase your knowledge and the opportunity to have a back to back trip to two different states in the gap of a week is not a common opportunity. The world is too big and this time it was Udaipur to explore, also known as City of Lakes. We boarded Indigo flight at 1:10 PM from Delhi and reached Maharana Pratap Airport, Udaipur at 2:25 PM after a bumpy ride. It is a not much busy small airport 22 km from Udaipur city. We waited for a while for the cab which we booked for our three days trip. As it was the start of the year so the weather was pleasant and there was no challenge in waiting outside of the Airport. Our driver dropped us at the hotel Chunda Palace at 3:30 PM.

Chunda Palace belongs to one of the noble house from the Mewar kingdom. Conceived as a traditional Rajasthani palace Chunda Palace showcases the rich heritage of the Mewar region. We all wanted a much-needed rest after the tiring bumpy Indigo ride.

After one hour rest, we left for Fatehsagar lake. It is an artificial lake constructed north-west of Udaipur in the 1680s and named after Maharana Fateh Singh of Udaipur and Mewar. It is one of the four lakes of the Udaipur city. The other three are Lake Pichola (within the Udaipur town), Udai Sagar Lake (13 kilometers to the east of Udaipur), and Dhebar Lake or Jaisamand Lake (52 km southeast of Udaipur).

There are multiple activities at the lake which people can enjoy. We took a thirty-minute boat ride to spend our evening time. The breeze was relaxing for the body and sight was for the eyes. After thirty minutes, our friends went for a Camel ride and we chose to spent our time sitting by the side of the lake. As the sun was setting down, the changing color from blue to orange to the black of the sky and green to orange to the black of the mountain was an experience to watch.  There were many restaurants by the side of the lake. One can find a variety of tasty and quality food at an economical price. At night, we went to explore Haathipol, the local market, one of the popular markets of Udaipur. The market was full of Rajsthani traditional clothes and handicrafts.

The next day, we started our excursion from City Palace. It was built over a period of nearly 400 years, construction began in 1553 by Maharana Udai Singh II, with contributions from several rulers of the Mewar dynasty. The palace is located on the east bank of Lake Pichola and has several palaces built within its complex. The City Palace in Udaipur was built in a flamboyant style and is considered the largest of its type in the state of Rajasthan. It was built atop a hill, in a fusion of the Rajasthani and Mughal architectural styles, providing a panoramic view of the city and its surroundings. Overlooking Lake Pichola, several historic monuments like the Lake Palace, Jag Mandir, Jagdish Temple, Monsoon Palace, and Neemach Mata temple, are all in the vicinity of the palace complex. Nestled within the Aravali mountain range, these landmarks are associated in popular culture with the filming of the 1983 James Bond movie Octopussy. The palace is the house of the memoirs of history and exhibition of their arms and ammunition. The palace gives you a nostalgic feeling about the lives of the Maharanas.
After City Palace, we went for lunch at Natraj. The restaurant serves a mixed Gujrati and Rajsthani thali full of 51 cuisines. Then we went to Saheliyo ki Baari a major garden lies in the northern part of the city and has fountains and kiosks, a lotus pool and marble elephants. It was built by Rana Sangram Singh.

As per legend, the garden was designed by the king himself and he presented this garden to his queen. The queen was accompanied by 48 maids in her marriage. To offer all of them pleasurable moments away from the political intrigues of the court, this garden was made. This patterned garden used to be the popular relaxing spot of the royal ladies. The queen with her maids and female companions used to come here for a stroll and spend their time in leisure. As you walk inside from the entrance, both sides of the pathway are lined with beautiful small fountains. Had they been constructed in the modern era, we won’t have been surprised in the least at their existence and operation. But given the fact that they were constructed and operated at a time when even electricity was not there, they are indeed ingenious. There is a huge network of huge to tiny pipelines below the fountains, with valves at different points to control the pressure. These fountains are purely operated on pressure techniques. As you move further, you arrive at an entrance door that leads into a huge bath area. In the center of this area lies a huge swimming pool.

After Saheliyo ki Baari, we went back to the hotel for some rest and getting ready to visit Karni Mata temple. Shri Manshapurna Karni Mata Temple is a Hindu temple located on the Machla Magra Hills, near the Doodh Talai Lake in Udaipur, Rajasthan. It enshrines the stone idol of Karni Mata. One can have a very beautiful view of the whole city and its lakes from the temple as well as while climbing. The walk is pollution-free as no vehicles can enter the hill boundary. In the night, we went to Jag Mandir for dinner. Jag Mandir is a palace built on an island in the Lake Pichola. It is also called the “Lake Garden Palace”. You have to take a boat to reach there from City Palace. The royal family used the palace as a summer resort and pleasure palace for holding parties. This place is overhyped for dinner. The quality of food was not justifying the price and there is a big need to improve the quality and speed of the service. You have to wait for long before the food reaches your table. We waited for almost an hour before we got the first item at our table, so be well prepared.

Last day, in the morning we went to another popular market Bapu Bazaar. The market has a huge collection of traditional Rajsthani clothes, Bandhani. It is also famous for a thermal “magical” quilt which is beneficial in curing body pain. Our last landmark to visit was Sajjangarh Palace. It is also known as Monsoon Palace and is a hilltop palatial residence built-in 1884.

The palace offers a panoramic view of the city’s lakes, palaces, and surrounding countryside but from inside it was very disappointed and badly managed. One can find many artificial maps which make the place congested from inside and ended its original elegance. Watch your step when you are walking inside as there are vertical marbles use to cover the specific areas which can hurt your feet. It was built chiefly to watch the monsoon clouds. It is said that the Maharana built it at the top of the hill to get a view of his ancestral home, Chittaurgarh. The palace provides a beautiful view of the sunset.

After spending a few hours at the palace, we went back to Fatehsagar Lake for lunch and spending the last few hours of our trip at one of the most beautiful landmarks of Udaipur. Our return flight was at 4:45 PM and we were all set for another bumpy Indigo flight but this time we have some memories to relish. 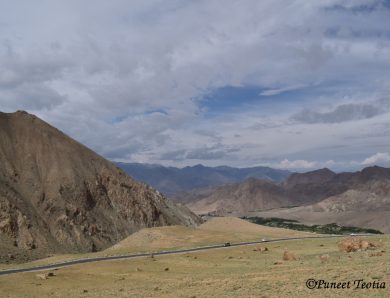 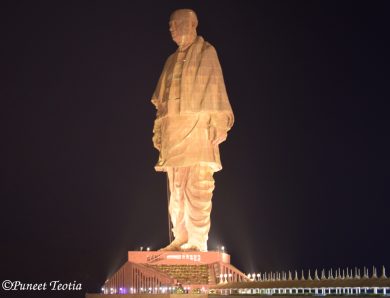 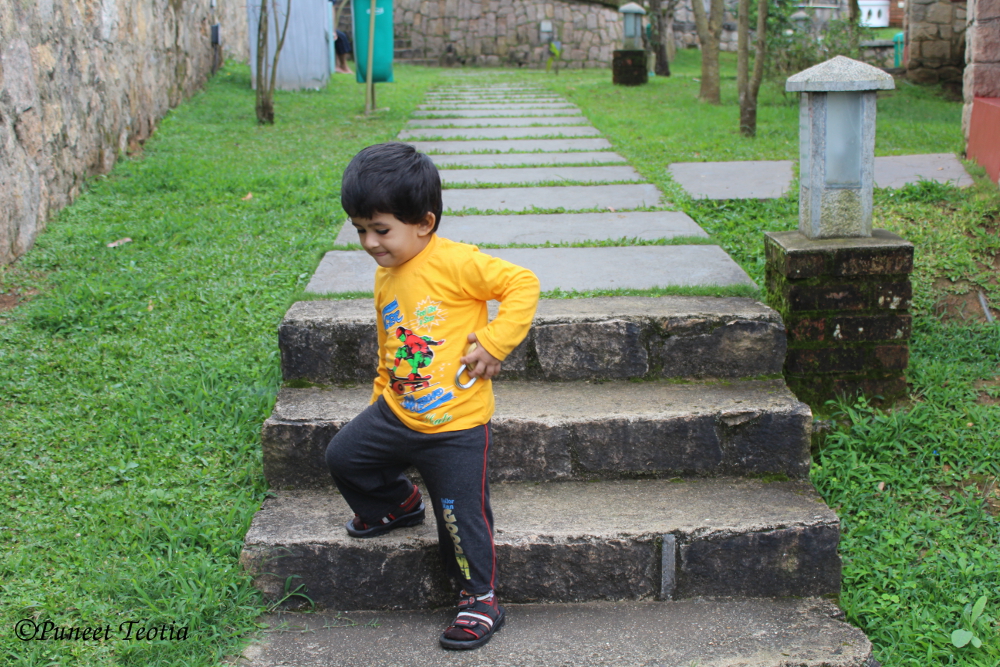